Call it by any name


Call it by any name,
Like the rose it will smell as sweet.
Dead leaves make soil
And dead loves make stars,
Always glittering and twinkling.


Still feeling jet-lagged,
After this long journeying,
Intoxicated with the wine of love,
She felt like a small keen wind
Strolling above the Indian Ocean
In all its moods and guises.


She saw the herons below, standing
Unfaltering while the gulls
And oyster-catchers screamed.
She looked at her reflection
In the water contentedly,
Her hair blowing in the wind,
While the columns of water
Rose like icons from the ocean.


She was excruciatingly honest with him,
Loved his artistic sensibilities
And drank water from his earthen pitcher.
He gave her beads
In the colors of sea green,
Quetzal blue, gold, grey and silver.
And she gave him ties in the colors of the rainbow.


Both were Bodhisattvas,
Awakened sentient beings
and spoke only in whispers, on dark Summer nights.


In the smoky voice of Marlene Dietrich,
She said, ‘I am the stagnant pool
And you are the blue sea.’
And he replied, ‘platonic love is a harmonizing force.’ 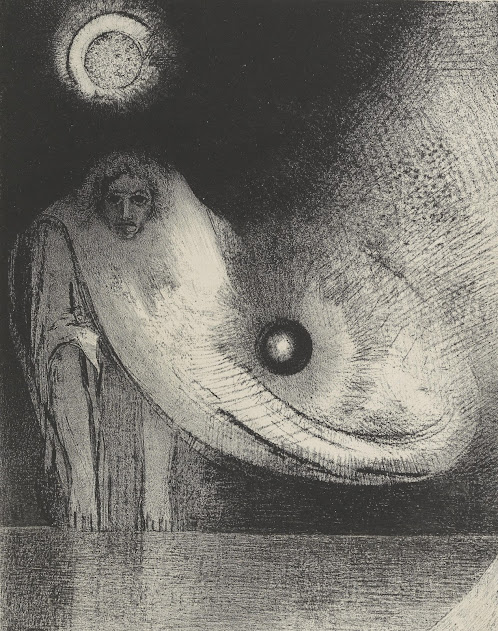 Le Buddha -- Odilon Redon
Posted by duanespoetree at 10:06 AM 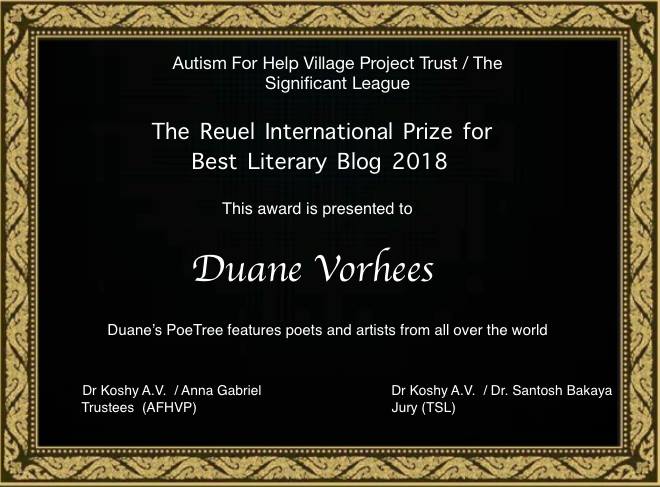